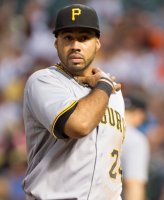 The Oakland A’s are one of the worst teams in baseball. Interestingly, their run differential is nearly even. (Oakland has scored almost the same number of runs that they have allowed.) Billy Beane’s squad ranks in the top quarter of the sport in team ERA, and are right in the middle of the pack when it comes to batting average and total runs produced.

Based on that information, the A’s should be a .500 team or maybe even better. However, they are awful in two important and undervalued categories: defense and relief pitching.

Today, we delve a little deeper into the importance of defense when betting on the MLB. (We’ll take a look at the import of bullpens tomorrow.)

The A’s are the worst defensive team in the majors. They have more than twice as many errors as Baltimore (the best defensive team) and their fielding percentage is last among the 30 big league squads. Shortstop Marcus Semien not only leads the majors in errors, but already has more than any individual player since 2011.

The Athletics aren’t the only team that struggles in the field, of course. This year, there are three other teams that have separated themselves when it comes to bad defense, and you should be aware of their fielding woes before you go putting your money down.

Texas Rangers – If Oakland is horrendous on defense, the Rangers are merely atrocious. They are the second-worst team in baseball both in errors committed and fielding percentage. On the days that Prince Fielder plays the field, which are infrequent, he is the third-worst first baseman in baseball based on defensive WAR. Meanwhile, regular right fielder Shin-Soo Choo is consistently porous with his -1.4 WAR.

Milwaukee Brewers – The Brewers rank third in both total errors and fielding percentage, but they are actually getting better on D. Why? They traded two of their four worst players in the field: Gerardo Parra and Aramis Ramirez. But they still have Ryan Braun and Khris Davis who weigh down their numbers.

Pittsburgh Pirates – The Bucs are the fourth-worst defensive team in baseball, which is only notable because there is a significant gap between them and the Phillies and Cubs, who rank fifth and sixth. They acquired Ramirez from Milwaukee, which isn’t going to help, but the big issue is Pedro Alvarez’s -1.7 WAR. The first baseman has 16 errors despite fewer than 90 starts.

Nobody would advocate for making bets against teams strictly on the basis of poor fielding, but it is not a stat that gets baked into the line, and therefore it is worth noting. On the flip side, be aware that the Orioles are the best defensive team by a fairly decent margin with the Dodgers, Diamondbacks, Tigers, Marlins, and Giants also taking care of business in the field.