Average Height of NBA Players in 2022 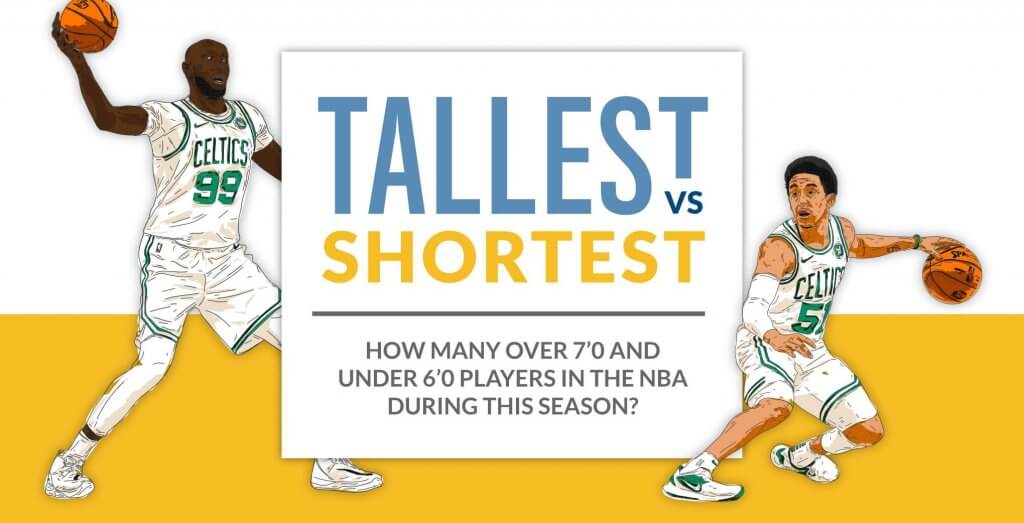 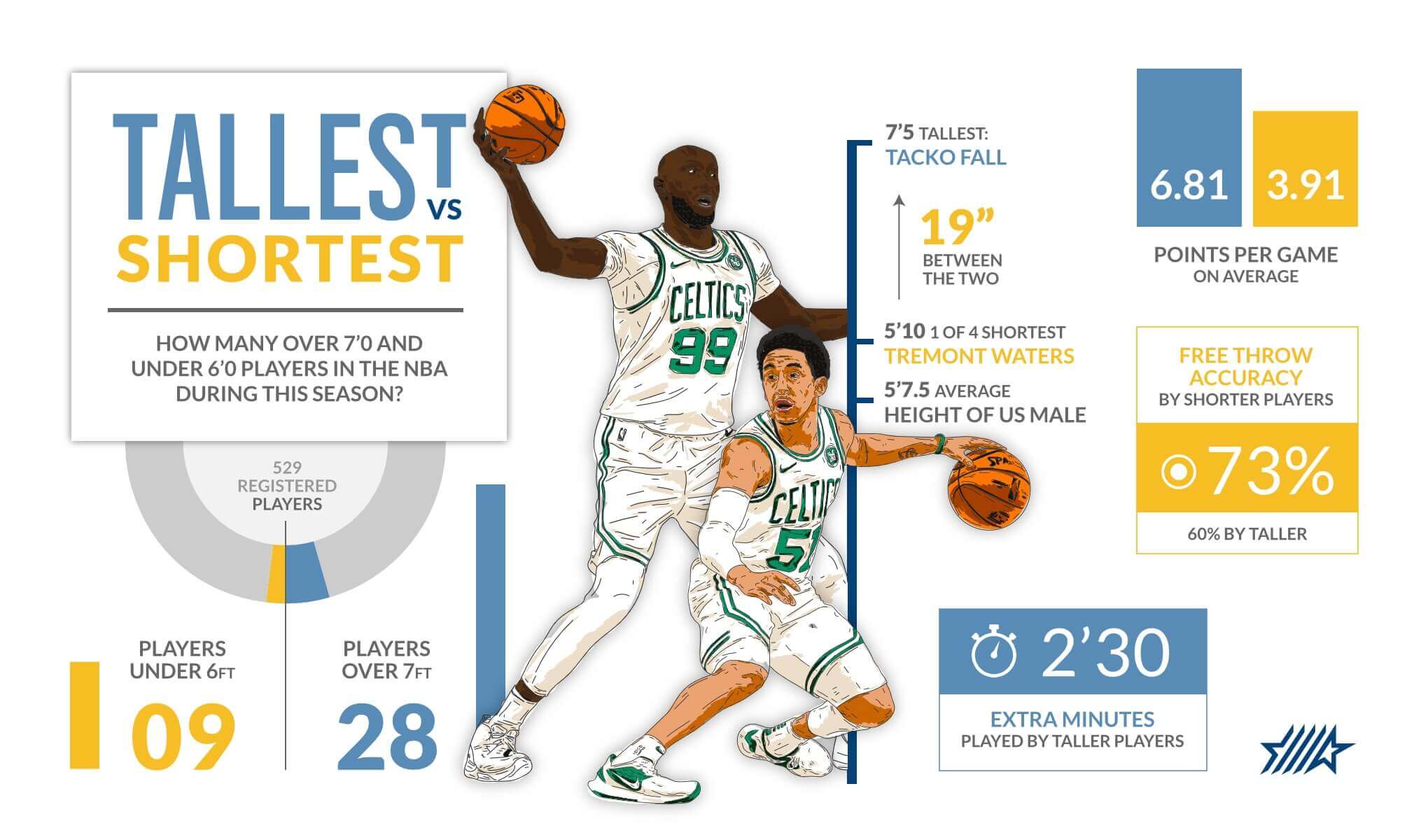 Who are the tallest and shortest players in the NBA?

The Senegalese Boston Celtics player Tacko Fall is not only the tallest but the biggest athlete in the NBA; he towers over everybody else at 7’5 and is the only player who weighs over 300 lbs. NBA’s second and third tallest players Boban Marjanovic (7’4) and Kristaps Porzingas (7’3) play for the Dallas Mavericks.

Tacko Fall plays in Boston Celtics with one of the shortest players in the NBA, Tremont Waters (5’10), who is 19 inches shorter than him. The average US male is 5’7, and that, I’m afraid, is too short for the NBA.

Nine NBA players in total are under six feet tall; four players are 5’10 and five are 5’11. The number of NBA players over seven feet tall has been increasing in recent years and in 2021 there are 28 players in the NBA who are 7’0 or taller.

The Tallest NBA Players in 2021

The Shortest NBA players in 2021

See below the top sportsbooks where you can wager on the NBA online and choose the best one for you.

Tacko Fall is 7’5 which makes him one inch taller than the second tallest player Boban Marjanovic (7’4) who plays for Dallas Mavericks.

Markus Howard, Jared Harper, Tremont Waters and Facundo Campazzo are all 5’10 which makes them the shortest NBA players in 2021.