Now that we’re days away from the 2022 Australian Open (it starts on Monday, January 17), have you locked in your futures bets yet? If your answer is no, then you’ll want to keep reading. We’re previewing the men’s singles bracket, before offering up our own best bet to win 2022 men’s Australian Open.

The is the first Grand Slam of the new year and the best tennis betting sites are expecting heavy betting action. At the moment, here are the top-five players favored to win the singles bracket:

Is Novak Djokovic Playing At The Australian Open?

The question literally on everyone’s mind right now is whether Djokovic will play at the 2022 Australian Open or not. As of this writing, it seems like a yes, but the way this saga has played out, it could become a no in a hurry. His on-again, off-again status has kept the top online sportsbooks busy, as they’re constantly updating field betting lines, sometimes to include him, other times to exclude him.

Our latest update is that the Australian government is working to cancel his VISA followed by a swift deportation from the country over his refusal to take the COVID-19 vaccine. Look, we’re not lawyers and can’t tell you what’s going to happen. But we are betting enthusiasts and we can’t recommend betting on Djokovic to win, especially not at +125 odds.

Given the real risks of deportation — which could happen mid-tournament for all we know — that +125 betting line is too much for our liking. And even if he does get to stay in the country all tournament long, the drama that comes with this should weigh heavily on him inside the court. We know Djokovic is the sport’s G.O.A.T, but we’re staying away from him in our futures bet until we know for sure if he’s staying put in Australia or not. As of now, there’s no answer to speak of.

For our 2022 Australian Open betting pick, we’re going with a player we know is going to be there and can almost guarantee will be in the “thick” of things — Daniil Medvedev. He’ll automatically become the No. 1 seed if Djokovic is indeed ruled out. But beyond that, Medvedev has proven his mettle in Melbourne and the entire sport in recent months.

Since his first appearance at the Australian Open in 2017, Medvedev has never done worse at the next tournament than the one before. It all led to a finals appearance in 2021, which of course, he fell to Djokovic. That gradual improvement feels like a “buy” sign to us. After all, if he’s going to stay on-trend, then the only thing that comes after runner-up is an outright championship.

And even if Djokovic does stay in the tournament, Medvedev topped him the last time the two faced off. That was during the US Open, which denied Djokovic the distinction of sweeping all four Grand Slams in a single calendar year.

All in all, the hard courts of Melbourne suit Medvedev’s playing style to a tee. His flat groundstrokes aren’t nearly as effective on clay or grass courts, but hey, that’s nothing to worry about at the Aussie Open. So yes, we’re taking him at +175 odds. We’d advise you to jump on Medvedev now cause if Djokovic is indeed deported, then the Russian’s betting line might shoot up and offer less value than right now.

How To Watch The 2022 Australian Open?

Once you have “skin in the game” with a wager, you’ll want to watch the 2022 Australian Open unfold and monitor how your bets are doing. Here are the full broadcast details of the event for those located inside the United States:

The futures bet we predicted above is one of several bets available on the 2022 Australian Open — and we mean, several. To find all the other bets like props or in-play, along with the traditional pre-match wagers, then head to one of the sportsbooks listed underneath. You’ll get every Australian Open betting line. Men’s, women’s, singles, doubles, it’s all there for the taking at one of these sites!

Furthermore, if you want free cash to make Australian Open bets with, then look into the lucrative sign-up bonuses offered at several bookmakers. The table below has details on current bonuses. As you can see, deals range from hundreds to thousands of dollars in free play — all of which can be used to bet freely on the Aussie Open. Get in on the fun before the tourney starts on Monday! 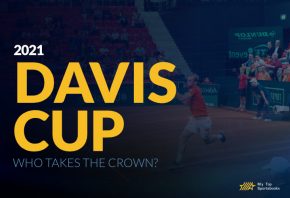