With the door in 2021 coming closer and closer to being shut, the tennis world will have its eyes set on the Davis Cup Finals to wrap up the year. Recognized as the premier international team event in men’s tennis, the Davis Cup is often described by event organizers as the “World Cup of Tennis“. Defending champion Spain is back to lock up another crown, but will that be the case again in 2021? Check out our Davis Cup betting odds and picks below to see who MTS thinks will take home the team title.

Spain leads the way as the Number One Seed

After knocking off Canada 2-0 in the 2019 Davis Cup final, Spain returns as the number one overall seed and is angling for their seventh overall Davis Cup title. Ranked as one of the most powerful countries in the tennis world, the Spanish Davis Cup team is led by former world No. 1 Rafael Nadal. Named as the Most Valuable Player (MVP) in the 2019 tournament, Nadal won all eight (8) of the matches he participated in and spearheaded the Spanish team to their first title since 2011.
Spainto win the 2021 Davis Cup

Canada coming off its best Davis Cup finish ever

The Canadians enter the 2021 Davis Cup looking to not only improve on their performance from the 2019 finals where they lost to Spain but to finally secure their first Davis Cup title ever. In the 2019 tournament, Canada was able to knock off a slew of other countries as they won Group F and advanced to their first finals since 1913. Facing off against Russia in the semifinals, the pair of Vasek Pospisil and Denis Shapovalov was able to go 1-1 in their singles matches and then seal a trip to the final in the doubles match against Spain. Canada has its work cut out for them if they want to knock off Spain, but they have a talented and young roster that can hang with most teams on any given match day.
Canadato win the 2021 Davis Cup

France and the United States round out the fop four

Recognized as the third most successful country in Davis Cup competitive history with ten wins, France enters the tournament as the third overall seed. With their most recent title coming in 2017, the French team has had a fairly strong and consistent history of performing well at the tournament. They were runner-ups in 2018, so look for France to accomplish more of the same when it comes to this year’s edition. Some experts though are predicting a down year for the French as their roster is full of aging veterans (Richard Gasquet), inconsistent younger talent (Pierre-Hughes Herbert), and often-injured stars (Lucas Pouille). Still, they do have a stronger draw in. their initial group stage.
Franceto win the 2021 Davis Cup

TBA
Bet now
Slated as the top seed for Group E, the United States enters the 2021 tournament vying for their first title since 2007. In the long history of the Davis Cup, the U.S. is the most successful country in the history of the tournament with 32 overall titles. However, that number does not tell that full story as the tournament has changed heavily since its inception in 1900. In recent history, America has had more of an inconsistent run with their last runner-up title occurring in 2004. So the last decade or has not been particularly favorable to the U.S. Will that change through during this year’s tournament? Unfortunately, I do not think so.
United Statesto win the 2021 Davis Cup

TBA
Bet now
Prediction: Thanks to a particularly youthful team, the Canadians were propelled to their first Davis Cup final in over 100 years in 2019. With the lion’s share of their roster returning (and improving), look for Team Canada to take home their first Davis Cup crown ever and make history in December.

When it comes to finding the best-rated sportsbooks it is always ideal to know where your money is going and have the best options for wagering right when you need them. A useful thing to always know when it comes to using these platforms is bonuses and promotions. With that in mind, check out our guide to the best tennis betting sites.

When it comes to understanding which options and bonuses might be the best for you, these websites make it very straightforward in finding out what the friendliest path to wagering looks like for you. When you are finally ready to place your bets, make sure to sign up at multiple sites so you have your pick of the litter when it comes to finding the best options and the highest bang for your buck.

To get a better understanding of the different websites, you can always read our reviews, like our BetOnline.AG review, so you can understand the nuances of each outlet. 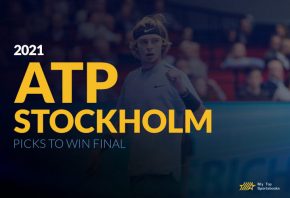 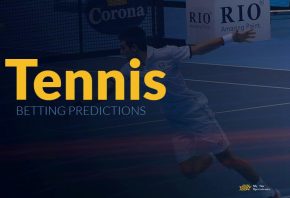