We saw the end of Donald Trump’s tenure in the White House not so long ago, with the arrival of the 46th President of the United States. While the major betting markets ended with the inauguration of Joe Biden, most of the very best sportsbooks are still offering political betting odds.

Right now, Donald Trump’s being threatened legally with the charge of incitement by insurrection. This has drawn many interesting wagering options for those looking to stay involved in goings-on in America.

Throughout this article, we will assess the odds and political betting options, including prop bets, and make some free picks trying to find value in the market. We also produce a number of betting guides, which will help our readers navigate the sportsbooks and understand the odds.

The Lancet Commission described the former president’s COVID-19 response as “inept and insufficient” and advocated for a single-payer health system. https://t.co/aU0RS7QRO8

How many Senators will vote to convict Donald Trump on the charge of incitement by insurrection? Yes – 50-54 (+188)

We can see now that the US Senate has allowed the impeachment trial to go ahead, after claims the trial would be unconstitutional. Trump’s defense team claimed that he could not face a trial after leaving the White House.

Donald Trump is being accused of “inciting insurrection”, which is what the attack on Congress was labeled.

It was an unprecedented attack on democracy and has drawn frustrated politicians on both sides of the coin in the US.

While proceeding may look grim for Mr. Trump, as 17 Republicans must choose to convict the 45th President and only 6 voted to move forward with the impeachment trial. We shall see what happens in the coming days, but expect to see 50-54 votes.

Last year, Michele lost her job because of the pandemic. I recently gave her a call to hear her story and discuss how my American Rescue Plan will help families like hers. pic.twitter.com/SAqM2GytPf

Andrew Yang was unsuccessful in his first run at the presidency. However, he’s gone for a more tactical route to the top, appealing to the citizens of New York to be the next city mayor – and it might have come just at the right time!

New York was hit hard by the pandemic and Bill de Blasio has massively fallen out of favor with the city, and indeed the country.

Andrew Yang offers a new opportunity – a candidate with a strong background and a great interest in progress. He has new ideas about financing the public and it’s something that is appealing to many New Yorkers.

Eric Adams and Scott Stringer are next in line at odds of +500, but we think it’s going to be one-way traffic here. Expect Andrew Yang and the Yang Gang to be the next Mayor of NYC.

Andrew Yangto be the NY Mayor

Thank you to everyone for your support – here are some deleted scenes from our launch video shoot. Let’s get NYC back on its feet! 👍🗽 pic.twitter.com/f1stZKkr3u 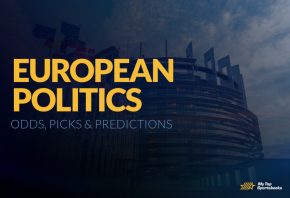 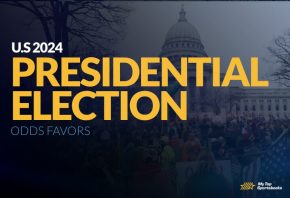